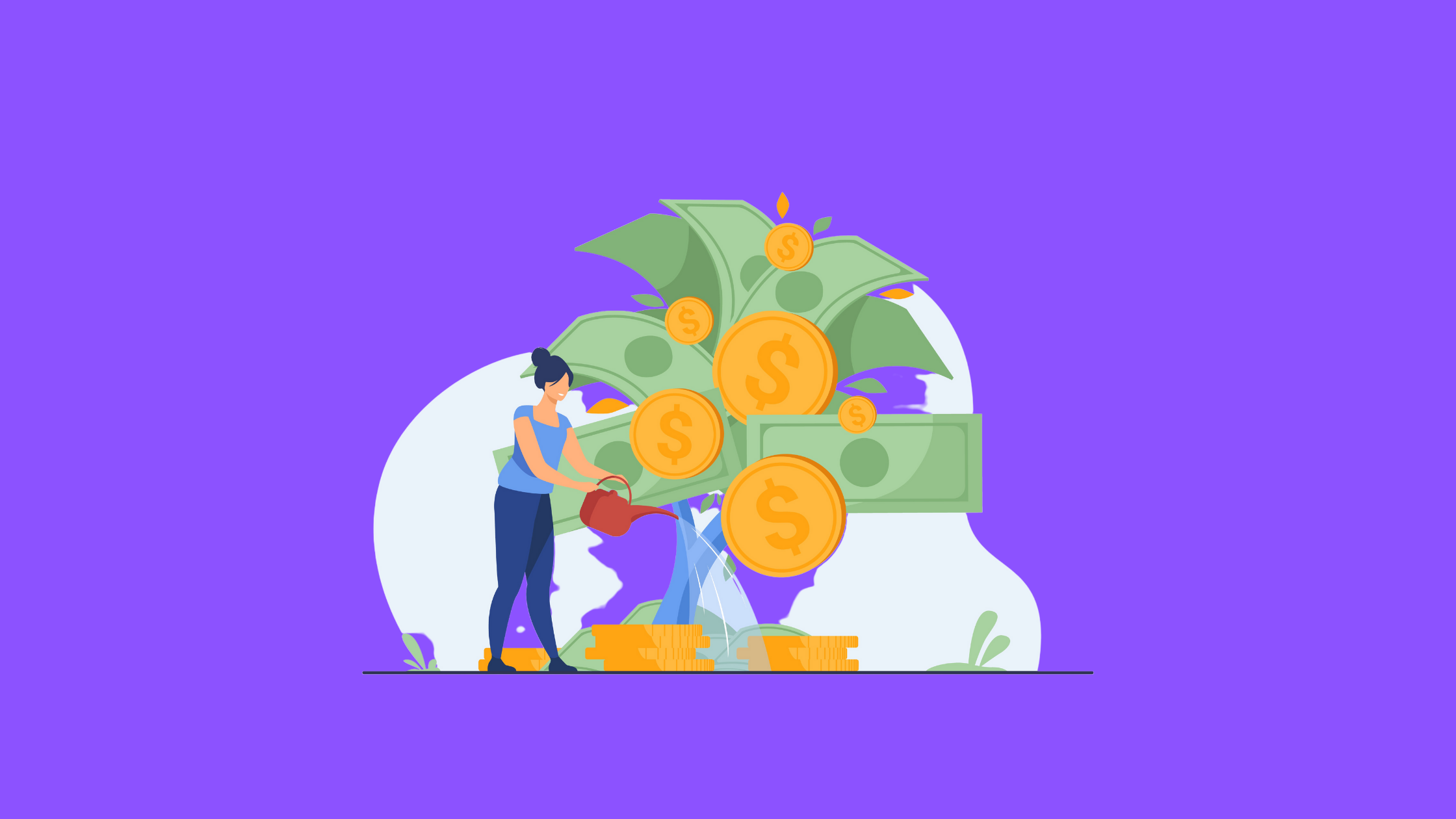 For a long time, compounding has been a topic of discussion among investors and economists alike. Though it is a very simple concept, still a lot of people are unaware of its power. So, in this article let us explain compounding and its power with the help of an example.

Suppose, there are three friends: Aditya, Arjun and Sai, and all three of them are of the same age.

Following table represents the total amount invested by each one of them.

Now, to simplify things, let’s assume that each of them invests in a mutual fund which gives them 12% returns per annum. Yes, we know you can get higher returns than this, but let’s take 12% for now. Also, all three of them withdraw the amount only when they reach 60 years of age.

What do you think the value of investments for all three of them will be when they reach age 60? You must be thinking that Sai has invested the largest amount, and hence the value of his investments must be the greatest when he reaches age 60.

Well, let’s see the graph below which shows the total value of investments for each of them with their age. 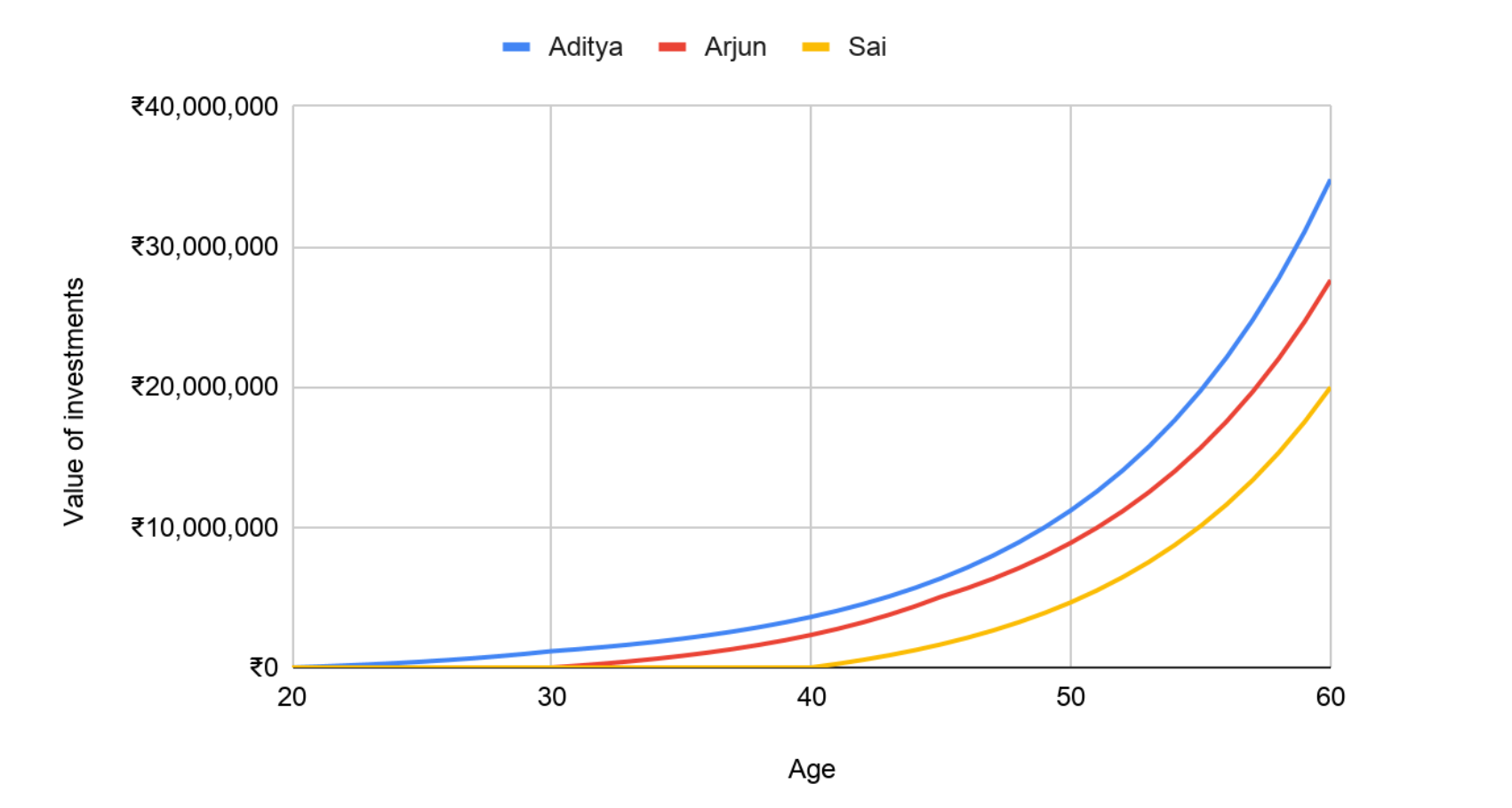 Albert Einstein once said “Compound interest is the eighth wonder of the world. He who understands it, earns it … he who doesn’t … pays it.”

The example above clearly portrays the value of time in investing and what we can learn from this is - it is never too early to invest and the early you start your investment journey, the better opportunity you get to make the most from your capital with the help of compounding.

There is no right time to start investing, instead we advocate that the best time to invest was when you were 18 years old and the next best time is today.

However the key to creating wealth is by being patient and giving your investment enough time to grow. Just like a seed takes its own time to turn into a tree so that you reap its fruits, the same goes with your investments and its exponential growth. 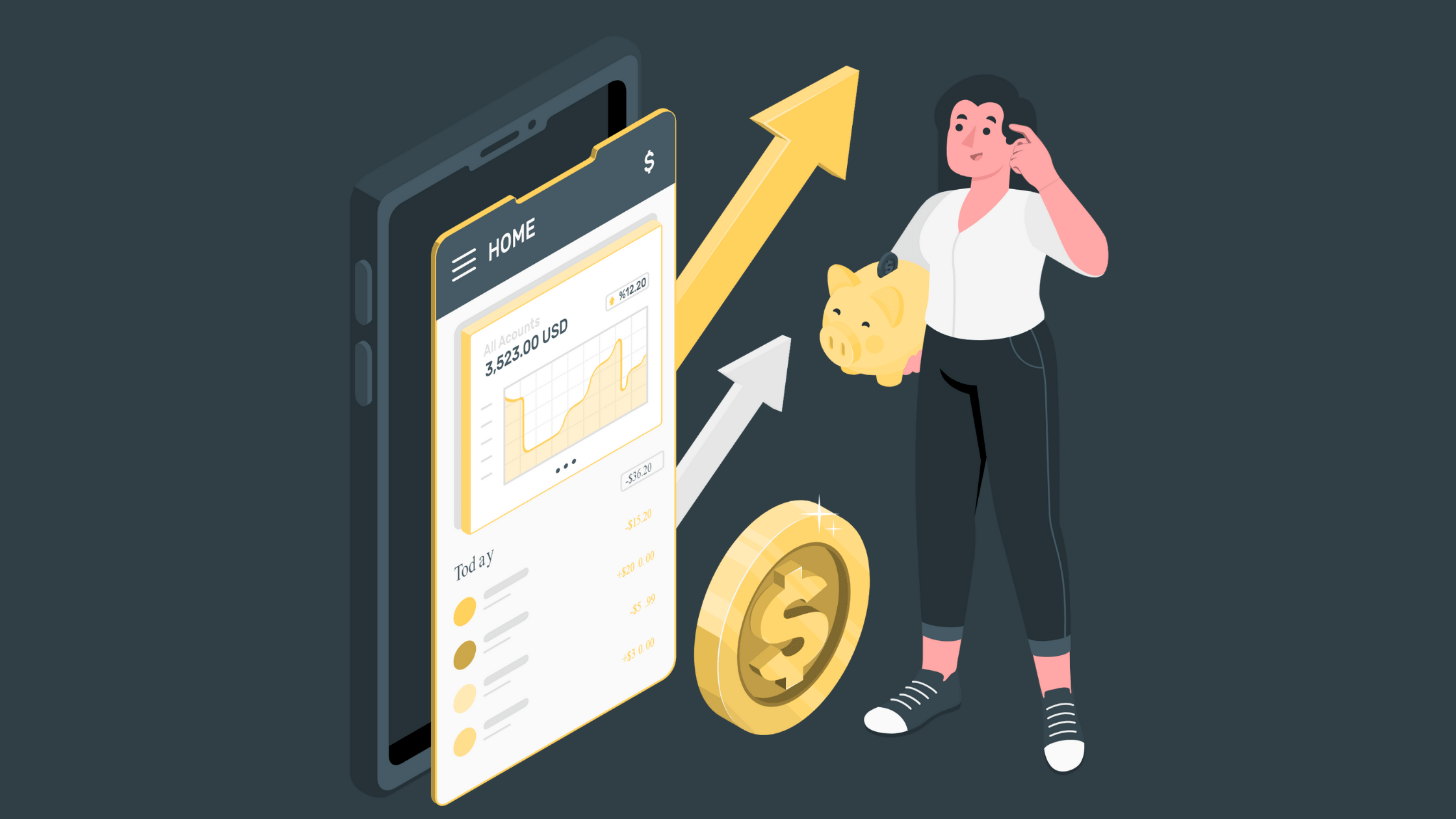 How to integrate Expenses Manager in your life?

There are only two types of people in this world, those who download the Expenses Manager and those who don't care about their money. 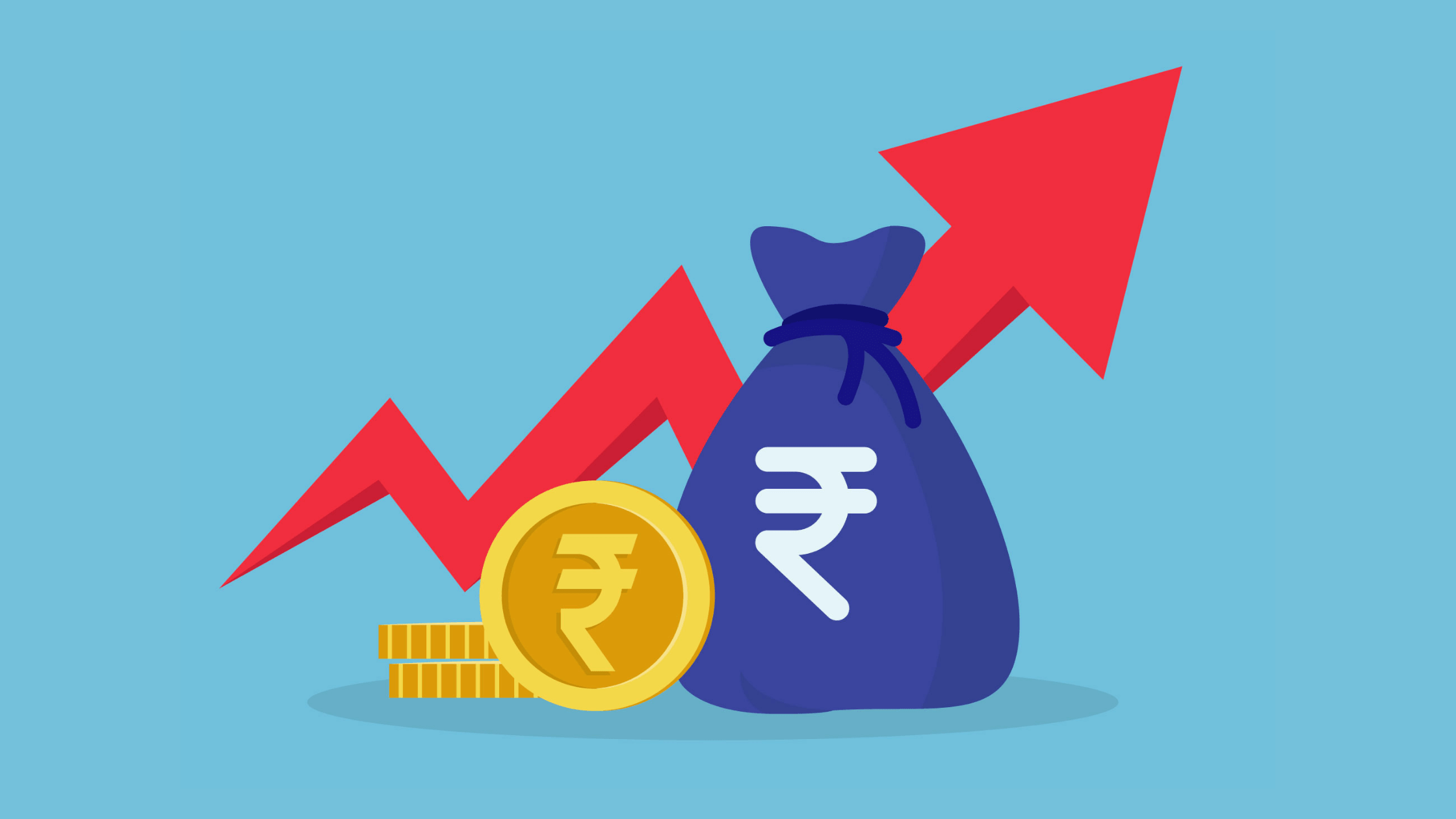 This article explains the two ways in which you can invest in a mutual fund: Lumpsum and SIP, and which one you should choose to get the best returns. 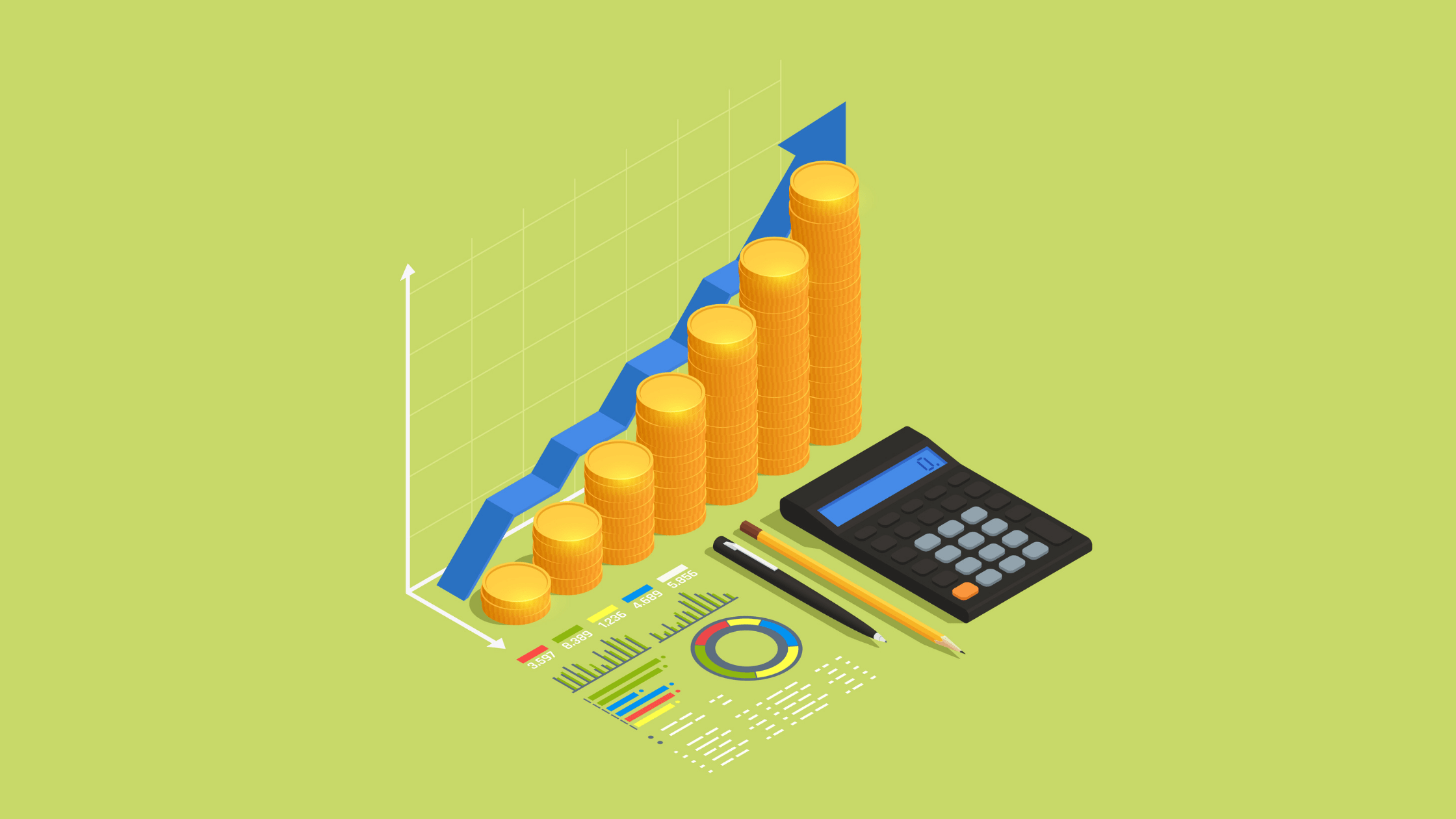 This article will give you a brief introduction on mutual funds, why you should invest in them and some of the key concepts you should know before investing in a mutual fund.

Expenses Manager is a user-friendly, finance management app which allows you to keep track of your transactions seamlessly and intuitively. You can categorize your spending, create budgets, get detailed analysis of your spending habits and stay on top of your money.

Do you have a question? Write us a word:
help@expensesmanager.in